Many families today are choosing to be honest with their kids from the start. Parent Cecilia Hilkey writes that she prefers to always be truthful with her kids and that includes Santa Claus. She says that her children’s knowledge that Santa isn’t real does not diminish the magic of the season for her family.

There’s an entire movie (and a remake) about this dilemma as parents do not want to lie to their kids or deal with the nonsense of Santa and his story. Other parents transition their kids to the belief that anyone can be a Santa by focusing on giving gifts to others.

My husband and I both were raised believing in Santa and we tread carefully now as parents as our children embraced Santa beliefs and traditions. 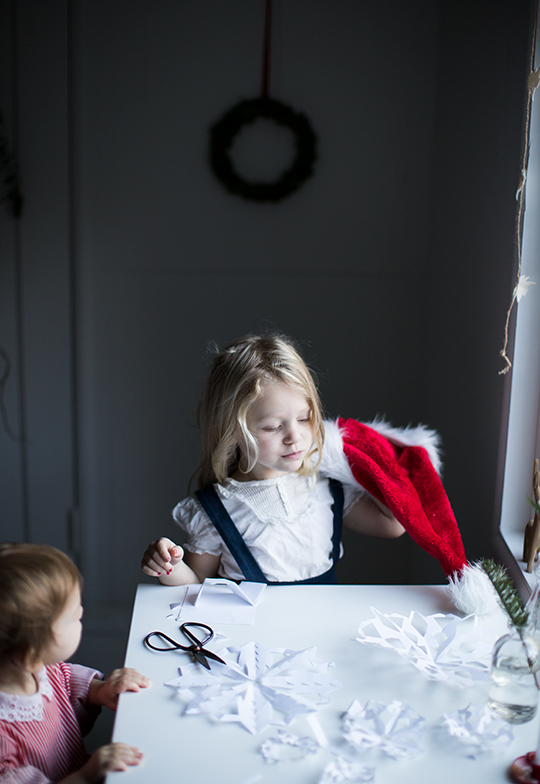 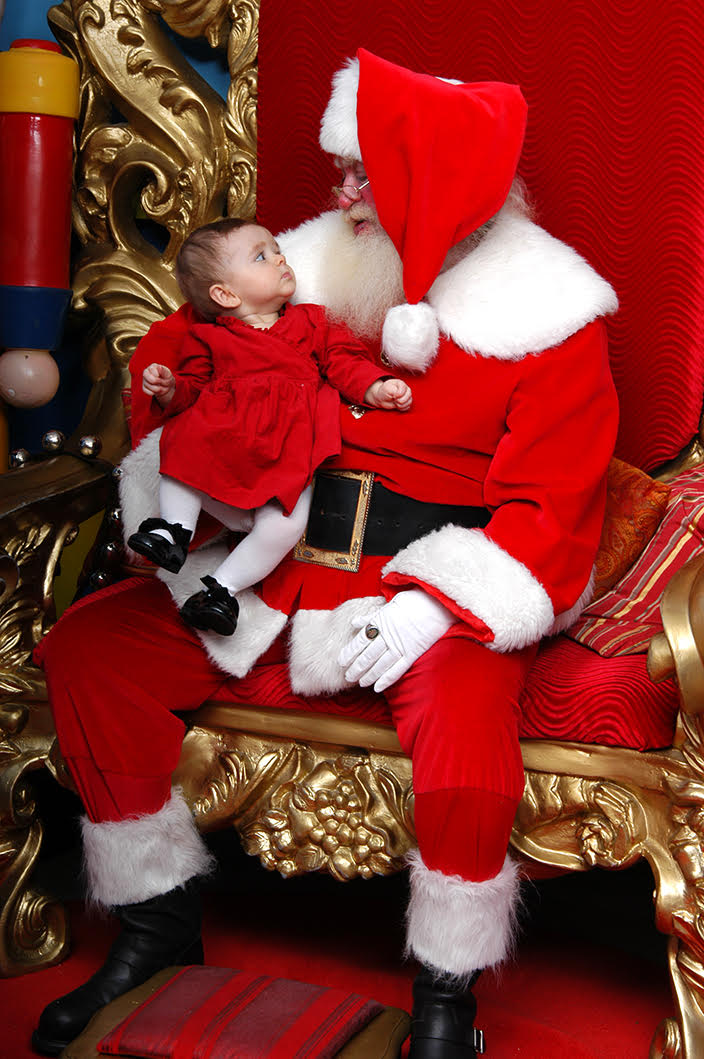 BUT MOM, DO YOU BELIEVE IN SANTA?

Kids have a lot of questions about Santa. They start with the basic facts and then move on with more detailed curiosity:

– Is the Santa at Macy’s the real one?
– Our apartment doesn’t have a chimney, how will I get my present?
– I changed my mind, why can’t I switch what I asked Santa for?
– We’re visiting Grandma and Grandpa for Christmas, how will Santa know where I am?
– Can elves make anything? like an iPad?
– Why can’t I ask Santa for a phone?

One of the first questions my children have asked about Santa was if I believed in him. I didn’t want to lie but I also didn’t want to ruin the magic of my children’s belief in him. I told them I didn’t believe in Santa (true) and that I also don’t receive a gift from him (also true). It’s a fine line, but it’s the one I choose to walk.

AH, THE MAGIC OF CHILDREN

Part of what makes children so special is their innocence and believability. A few years ago during a trip to Disneyland, I took my four-year-old on her first ride of Star Tours. Upon exiting, she looked up at me and happily exclaimed, “I JUST TRAVELED TO OUTER SPACE!” There is no way I was going to ruin the magic of that moment for her by telling her it was just a ride.

But Santa feels different, right? Because it ropes us adults in to float along with the lie of his story, to be a co-conspirator in the hoax. As parents, we’re the ones who give the Santa gifts and answer questions about him.

Santa is everywhere, on holiday displays around town, discussed at school, in lyrics of holiday songs. I don’t own any holiday decorations with a Santa figure but my kids all knew who he was, just as they all knew about Mickey Mouse or Elmo before I could even tell them myself. Without even thinking about it as a parent, I naturally started telling my kids about Santa when they were toddlers as they pointed and asked about him.

My kids eventually figured out that the Mickey Mouse at Disneyland wasn’t real and was a grown-up in a costume. But they still believed Santa was legit. 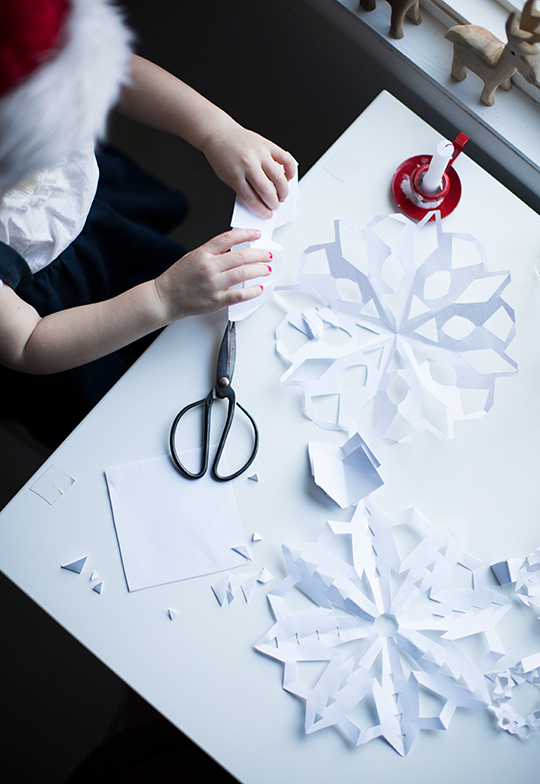 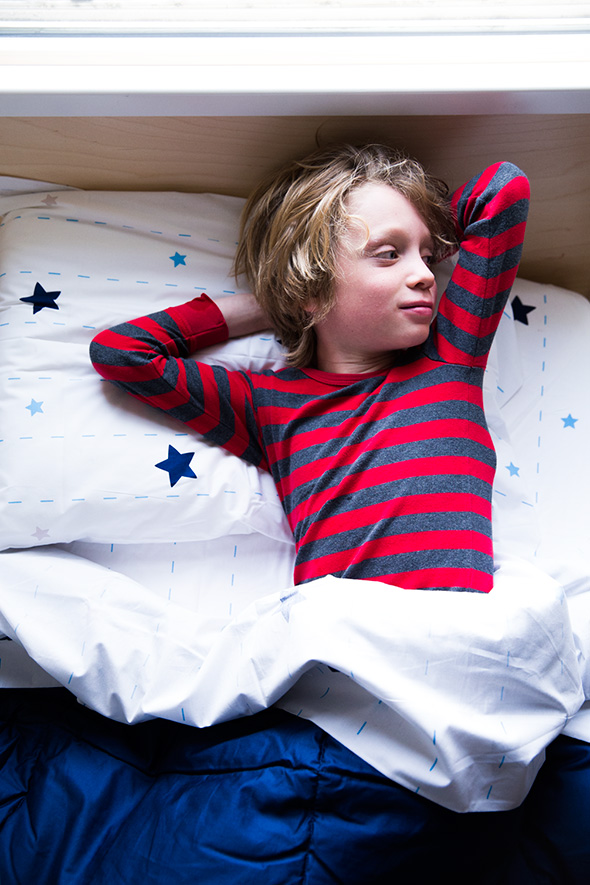 AND THEN THEY LEARN THE TRUTH

Exactly one year ago, two of my four children stopped believing.

Within the same week in November, my daughters approached me separately and asked me if Santa was real. My daughter Annabelle (then age 10) looked at me so sincerely and said she wasn’t sure if he was real and that she really wanted to know. So I told her the truth. She nodded her head and then her face changed as other puzzle pieces fell into place.

“So the Easter bunny isn’t real?!” I shook my head. “And the TOOTH FAIRY?!!” I honestly think the Tooth Fairy news was more painful than Santa.

My daughter Eleanor, age 8 at the time, was different. She was skeptical for a full year, maybe even longer. She had asked me vague questions about Santa on and off for a while. Eventually, she marched up to me, firmly claimed that Santa was not real and wanted confirmation that she was correct. I nodded my head and asked for her to not tell her brothers and she grinned and nodded.

Then she exclaimed, “Yeah, I always knew the Easter Bunny and Santa weren’t real. But I’m so glad the Tooth Fairy is!” and then happily sauntered away.

So now two of my children know the truth and two still believe. My daughters feel like they are in on a special secret and were so sweet helping their younger brothers craft their letters to Santa last year. Similar to my own childhood, as long as my kids pretend to believe in Santa and have a sibling that believes in him, they will all receive a gift from Santa Claus. My daughters’ request from “Santa” last year as new non-believers? A gift card. (Sigh)

My two youngest children are ages 5 and 7, I only have a few more years of the Santa charade before it’s over forever. And I’m surprised to find myself sad at the thought of my kids no longer believing in him.

I’m not alone. A recent study found that “Children reported predominantly positive reactions on learning the truth. Parents, however, described themselves as predominantly sad in reaction to their child’s discovery.” 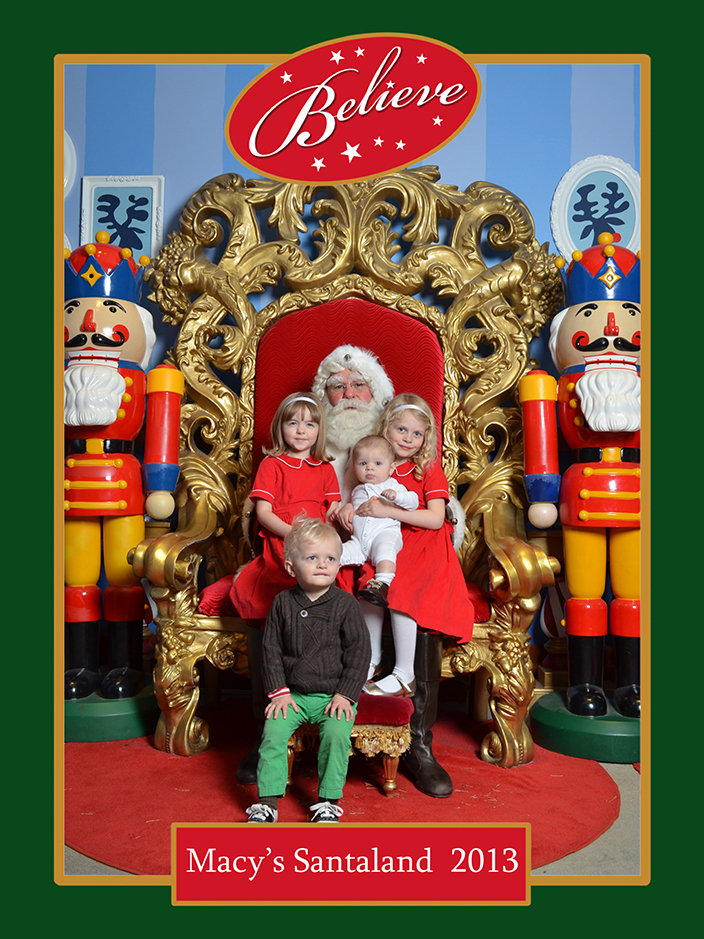 Friends, how do you handle all this Santa stuff? Do you exclude him completely from your household or do you try and tow the line as I have? Or perhaps you are a fully-invested Santa family (like this one) that is determined to make Santa as real as possible?

Whatever we choose to do, to let our kids believe or raise them knowing Santa’s fictional, this psychologist says that gratefully, the kids will be alright. Phew.

Honest Moms who tell the whole truth from the get go, later on tend to regret the loss to their children.

Since I was sad to find out the truth at age 7/8, and not wanting to break my kids’ hearts, I always answered with, “That’s what they say.” Let someone else do the dirty work.

When the magic is finally gone, the children are, at least, left with the comforting reality that their parents loved them and wanted their happiness through all those Christmases.

I’m so grateful to have stumbled on your post. You inspired me to finally publish a blog post I’d drafted a few years back. (https://mrdogschristmas.com/blogs/posts/when-did-you-stop-believing). With my own child, who’s now grown, I came down in favor of keeping the story going, for the same reasons others have given here. I especially love the way Kile described it as stewardship. My parents passed this crazy story of magic down to me, working feverishly behind-the-scenes to do so. The gift of their efforts brought me so much joy that I happily burned the midnight oil for my son every Christmas Eve. Thanks so much for the inspiration!

That’s interesting about the study that kids generally have a positive reaction to the real santa news, my kids all were so sad when they found out!

This is such a great topic, some really interesting points to think about. I’ve always loved Miracle on 34th Street too!

I don’t think that it’s lying to allow your children to believe in Santa. When they learn the truth, they also learn that someone (their parents) can put a lot of love and effort into something that they will not get credit for. I believe in that secret effort! And I believe that doing something and not expecting a thank-you or a gold star or any credit all all is a good lesson to pass on to your children (the boys especially). It’s kind of magical to think that the biggest mansplainers among us have kept mum on Santa (well, actually…) I also see the myth of Santa as a lesson in stewardship. We–as parents–are in charge of taking care of something–a magical myth–and we pass that on for our children to take care of when they are grown. There’s something so very lovely in the idea that parents have done this for generations, taken care of something made-up at great cost and with zero recognition. I wish people took care of more things this way.

Hi Kile! I appreciate your thoughts and love your explanation of stewardship with the magic of Santa, it sound much more caring and devoted instead of commercial and phony. A wonderful outlook and a great reminder. Thanks!

I love this outlook as well, thanks for the perspective Kile!

I actually believed in Santa until I was 12 years old (when my Dad finally decided that I was too old to believe in him and told me haha)! I wasn’t upset or anything when I found out the truth – I actually appreciated having the belief growing up. It made my Christmases so much more exciting! 🙂

Hi Charmaine, I also have wonderful memories of the excitement of those years when I believed in Santa. It’s pretty magical being a kid!