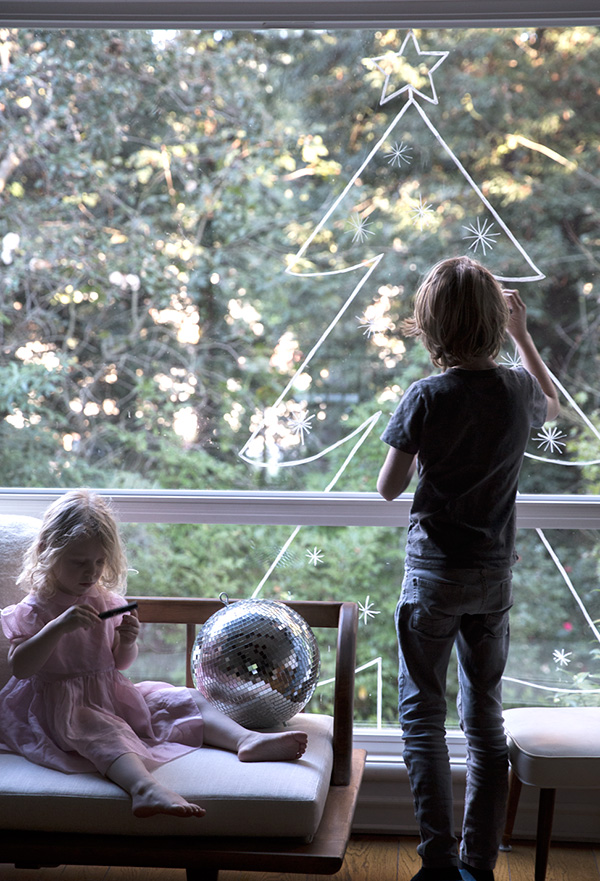 Window drawing! This is such a simple idea to entertain snowed-in (or otherwise bored) kids. We made two designs over the break: a tree on one window and polka-dot snow on the other. It felt so winter-y and peaceful. I’ve seen window drawings before mostly on store windows and was curious about how it was done. We did a little research and experimenting. Here’s what we found out, and 3 tips for doing it yourself… 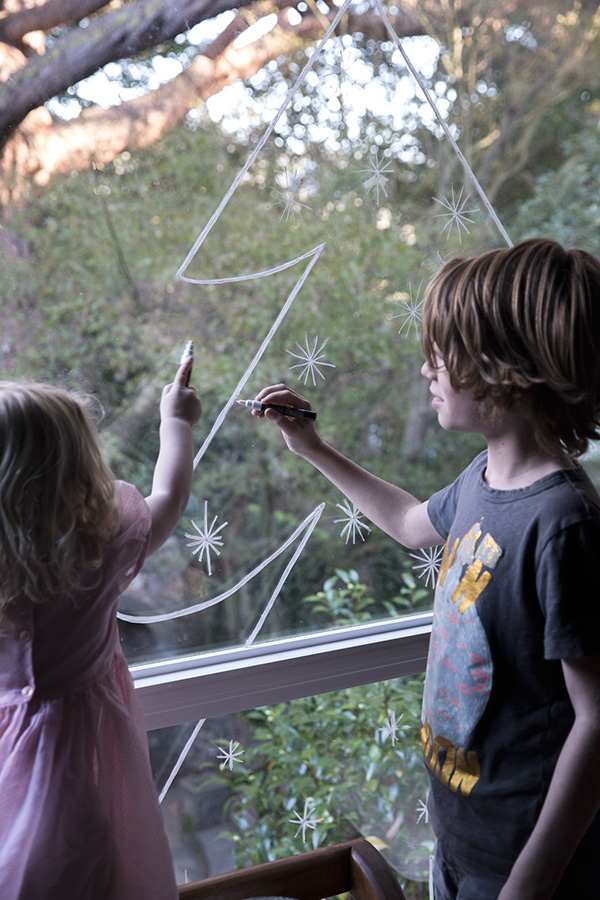 1. Most of the info I had read recommended using these special Posca Japanese pens. We tried them, and they worked pretty well but were super duper thin. We couldn’t find (on Amazon, at least) ones that had a thick tip.  A thin tip is nice if you’re an artist and want to do detail work, but us non-artists could use something thicker and more forgiving for our window designs. 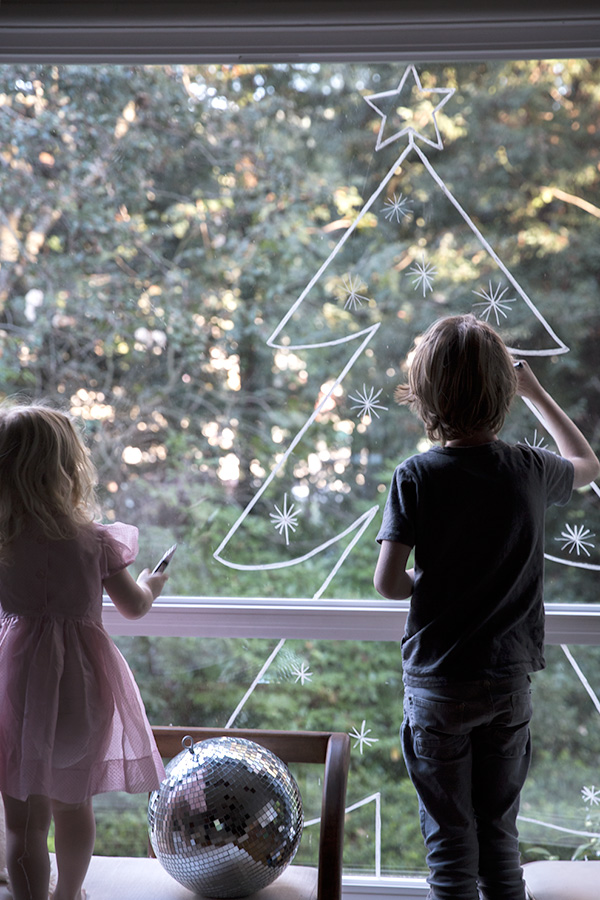 2. I was nervous about using a chalkboard marker, but our hands were getting tired from the thin tip Poscas, so we tried them out at the end and it worked fine. It did take much longer to dry (so might be tricky with toddlers that are tempted to touch), but it was much thicker and quicker to draw. Then, I found these ones and they worked even better! Dried quicker too.

3. Speaking of clean up, I was a little nervous about it even though I had tested it during the process. When I went to clean one of the windows this past week, I found that the chalkboard pen parts washed off even easier than the Posca ones. With a damp cloth, they both came off easily with very little pressure and no scraping required. So it won’t ruin your window at all. The whole wall of snowflakes took me 5 minutes or less to wipe off. No big deal for clean up! If I had sprayed some window cleaner on there, I bet it could of come off in one wipe. 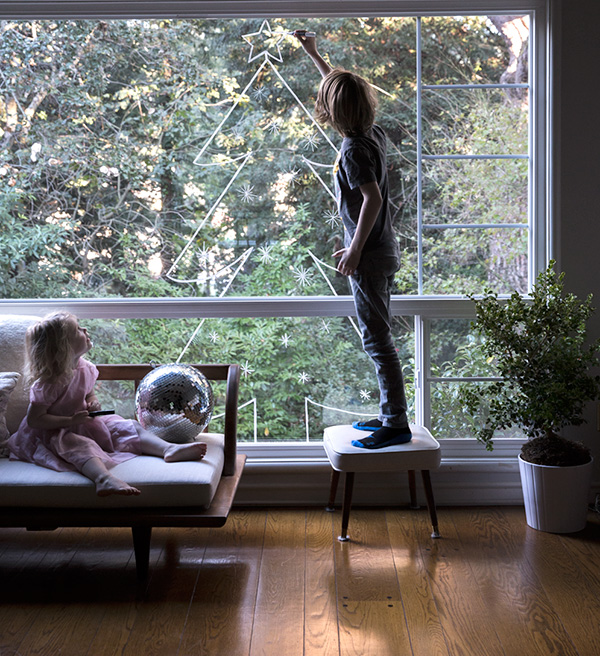 Have you ever tried window drawing before? I love the idea of decorating for seasons with them. Maybe fall leaves in the autumn, snow in the winter, flowers growing from a garden in the spring.

This is such a fun winter activity!