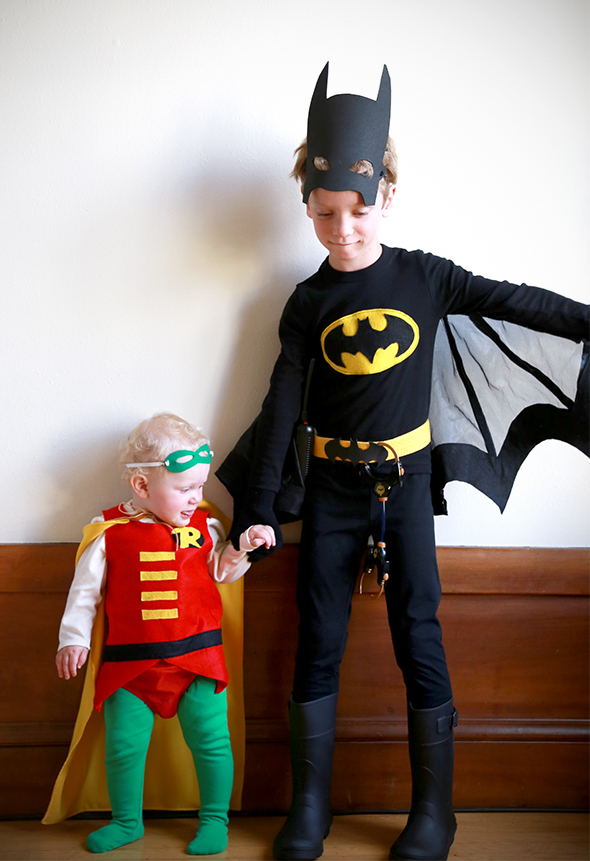 It was fun to make sibling costumes this year! In classic second child fashion, Edie agreed to being Batman’s sidekick, although I would have much preferred for her to be a squishy, chubby pumpkin her first Halloween. It’s practical criminal that her head isn’t stuffed in some giant banana costume or something. Isn’t that what first Halloweens are for?  This crime fighting duo turned out cute though, I thought. Although Henry’s already decided that this year’s costume is NOT scary enough so we might have to add some fake blood come Halloween night. Maybe a Batman vampire zombie, he suggested.  He also told me after seeing his friend in an incredible hulk costume that he REALLY needed those fake muscles for his Batman costume, “Mom, this is the age you do fake muscles because in a couple years I’ll already have them”. Aye aye aye. 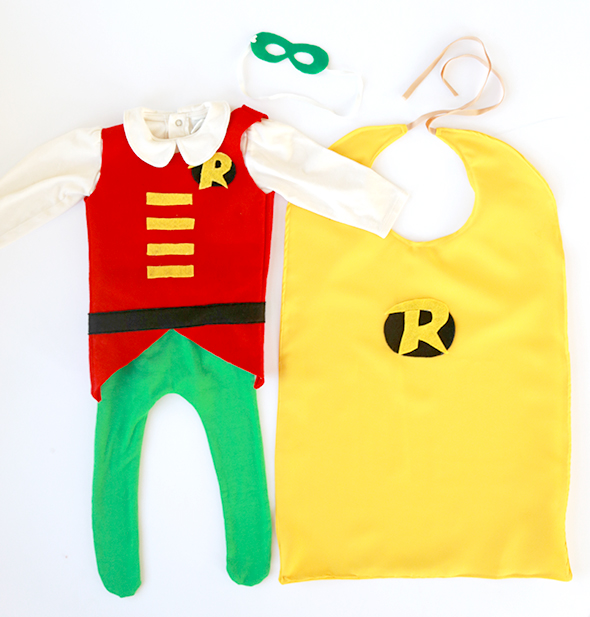 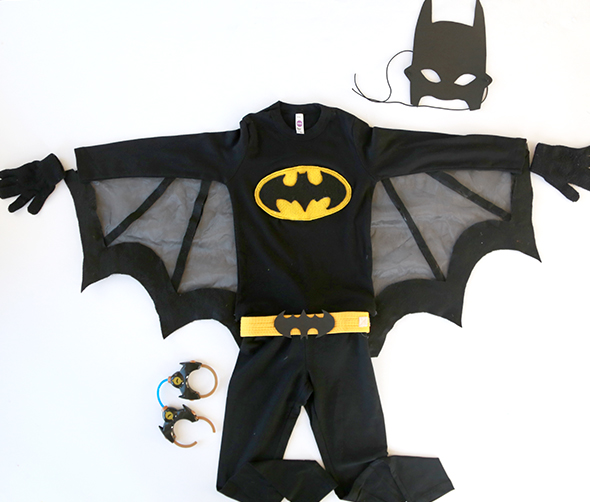 We were trying to remember what all of Henry’s costumes were and (hooray for the blog!)– they’re all documented here: age 0: super hank, age 1: Mad Men Family, age 3: owl, age 4: bat, age 5: ghost, age 6: vampire zombie. 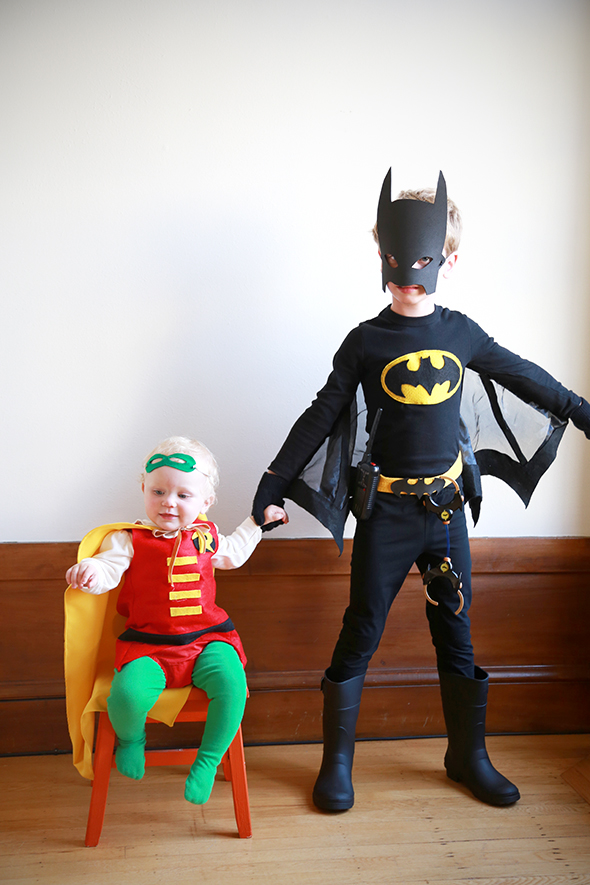 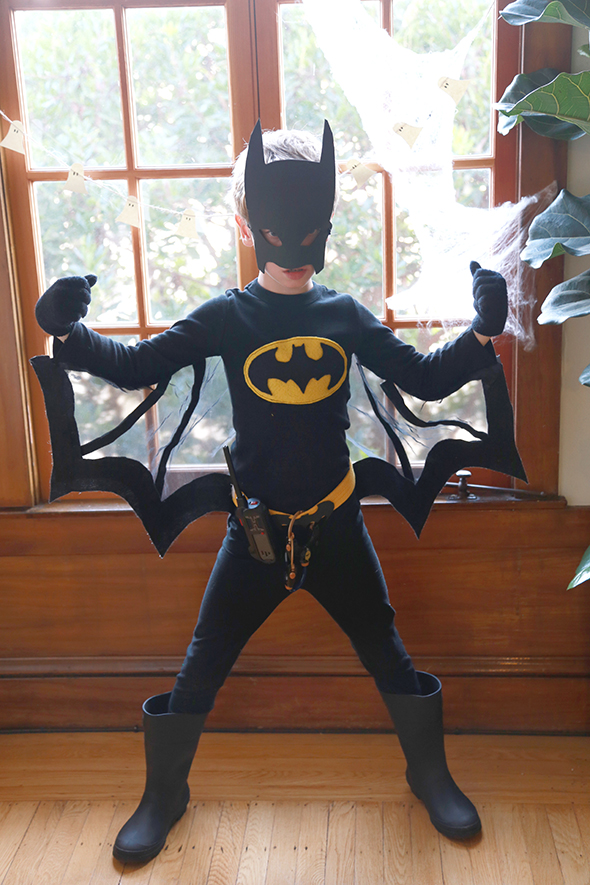 For Batman, I re-used the old wings from his bat costume three years ago and glued them onto a new t-shirt. It’s made with a sheer black fabric and black felt outline. The wings are all hot glued. Even hot glued onto the shirt.  I made the logo with felt and sewed it onto the shirt. The belt was from his super hank costume when he was 10 months old. The mask is made with black craft foam. That stuff is awesome! it’s stiff, it’s super easy to cut and hot glue. It’s a crafters dream I tell you! 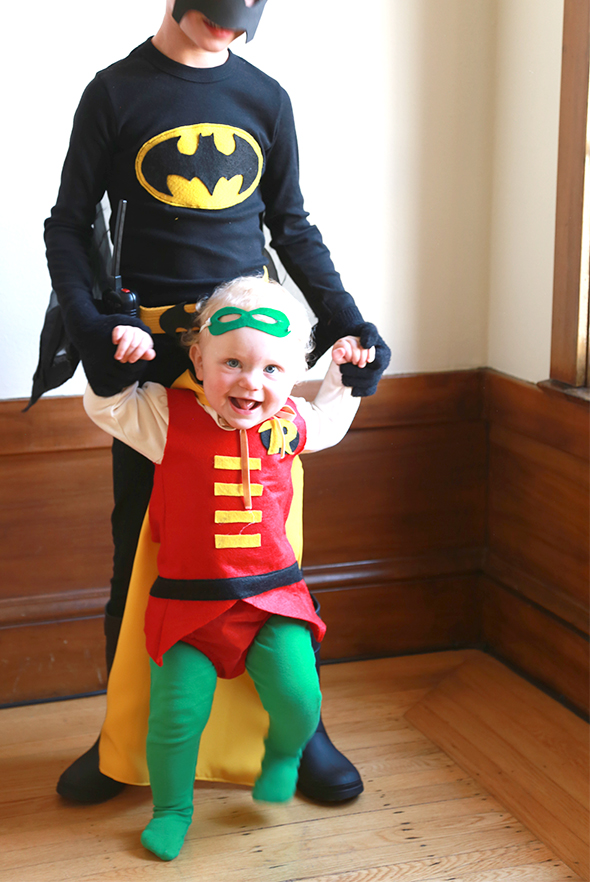 For Robin, the felt vest is sewn on the sides and top and I used ribbon to close and tighten in the back. Her cape is sewn and logo hot glued on. I used a onesie of hers to make the pattern and the ribbon closure was poor-sewer insurance knowing that if it was too tight or loose I could adjust it in the back. We didn’t even try to make Edie wear the green mask and made it more of a headband instead which she was surprisingly okay with. 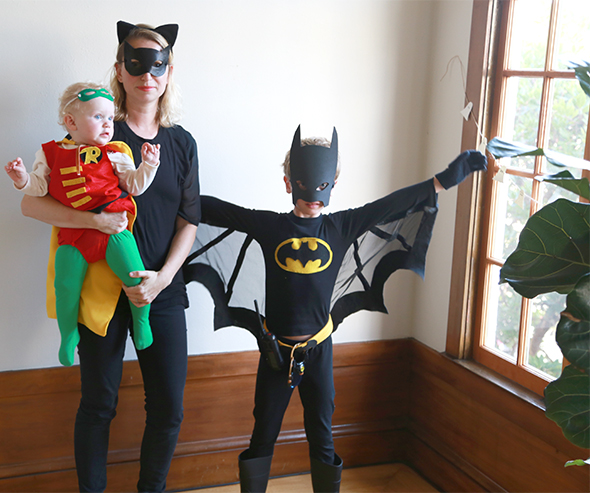 Cat woman joins the crew! I know, kind of lame but easy to pull off. I made the mask out of some scrap black leather and black elastic. 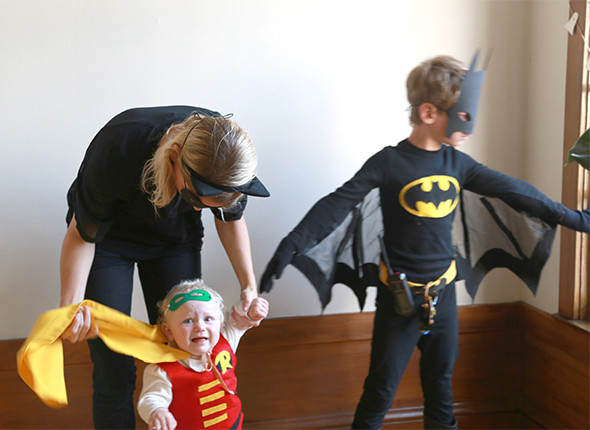 I feel ya, Edie. It’s tough being the side kick. 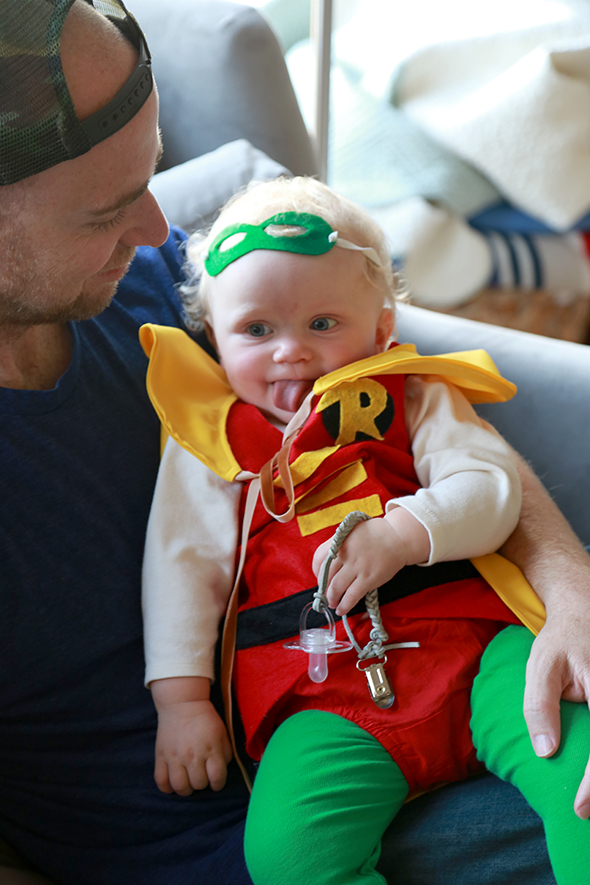 it’s cool…
and also visit https://diyeasycrafting.com/
it is also all about your interest.

This could not be any cuter 🙂

Okay, this is ridiculously cute. Edie is getting SO BIG!!!!