Juneteenth is also known as Emancipation Day, or Black Independence Day. On June 19th, 1865 Union soldiers arrived in Galveston, Texas with the news that the civil war had ended and the enslaved Blacks were freed. This was two years AFTER the Emancipation Proclamation, which was not enforced in Texas. Formally enslaved people in Galveston celebrated after the announcement. The next year, the freedmen and women in Texas organized the first of what became Juneteenth or Jubilee Day. Sadly, it has not been a federal holiday but there’s a big push to change that.

Here are some things to know and ways to get involved:

Top image from The Witness BCC.

This image from a 1906 Juneteenth celebration in Richmond, VA 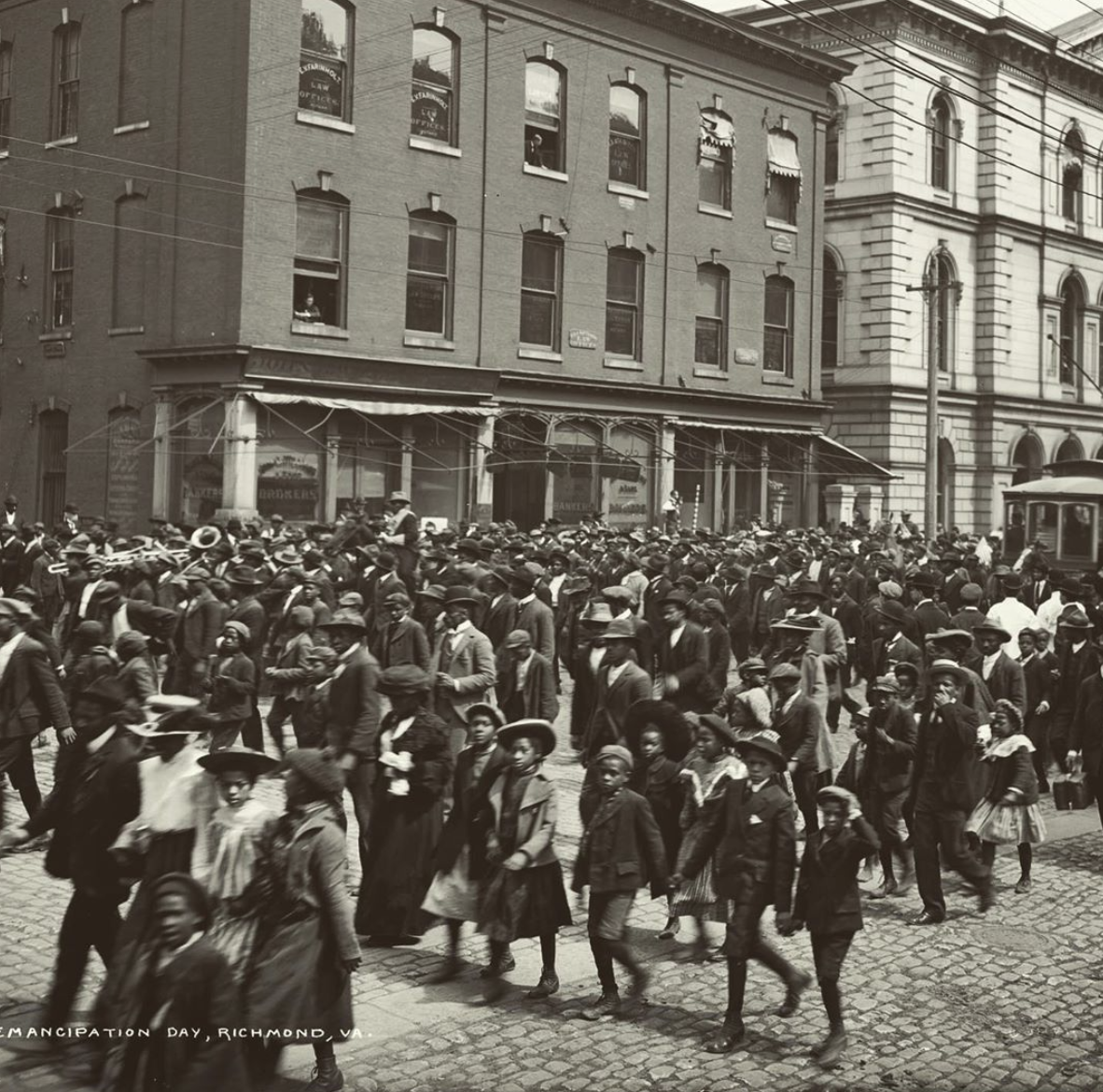 What to Know About Juneteenth

Historically, Junteenth has been an important holiday for Black Americans, but tragically not for all Americans. Yet despite lack of federal recognition, the holiday has been widely celebrated through the form of festivals and parades with storytelling, picnics, live music, barbecues, red velvet cake, and strawberry soda.

Should White people celebrate Juneteenth? Short answer: YES.  Some thoughts and ideas here in this IG Live video on how. “Don’t go on Pinterest looking to decorate”. Instead, invest in Black lives, invest in local businesses.  Find the public celebrations to join IN on to support and invest in our Black communities and local grassroots organizations.

There are many protests and events going on in cities across the nation today. Find one near you here. We’ll be headed to the Oakland march if you want to come too. Volunteer to organize one in your area if you there’s not one available.

Make a Juneteenth flag to hang. Here’s what it looks like.

A couple symbolisms to know about:

Dress has been an important part of the Juneteenth customs. During slavery, there were law limiting and prohibiting certain types of dressing of the enslaved and immediately after emancipation there are accounts of former slaves tossing their clothing in the rivers and dressing up in the plantation clothing from their former ‘masters’. The pride of the community is reflected in the dress (summarized from here).

Wearing colors from the Pan-African flag of red, black, and green is also a common practice. (More info about Juneteenth dress here).